Installation of CCTV at the metallurgical plant

/ Success Stories / Installation of CCTV at the metallurgical plant 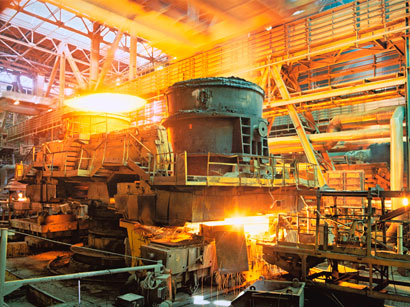 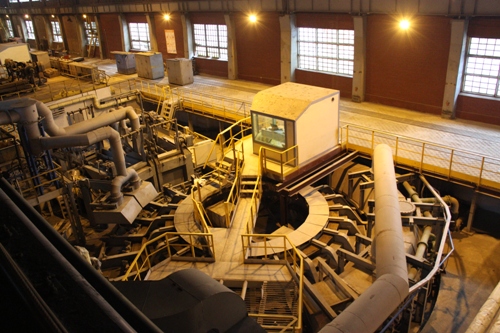 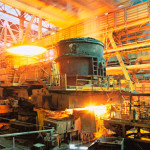 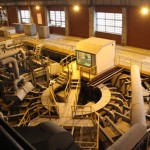 CC “Ashgabat Metallurgical Plant” was established in 2001. One of the challenges that the leadership faced with was equipping the enterprise with modern security systems, particularly, CCTV equipment. At the first stage, it was necessary to install video surveillance equipment on critically important areas of the enterprise (perimeter and stocks of finished products). The system had to be designed “for growth”, with the possibility of expansion and upgrade with minimal financial and time costs, as the management of the plant had further plans for the installation of video cameras at other production areas as well.

The advantage of the complex IP CCTV solution is its versatility, the ability to use it in any branch, including the metallurgical business.

ES “Dogrulyk” specialists proceeded from the fact that the security system for defense industry enterprises must meet the highest standards, so it would be logical to establish modern IP-Surveillance system. Even though IP-Surveillance has an undeniable advantage, it also has some drawbacks that limit the possibility of its use. Firstly, such equipment is more expensive than its counterpart. Secondly, if you use low-cost copper cable for the transmission together with the IP-cameras, then the range of their installation from the active equipment is limited to 90 meters. Therefore, when it comes to the installation of video surveillance on the large facilities, the installation of the equipment is usually preceded by the construction of the core network (which significantly increases the cost of the project). As a result, despite the fact that IP-surveillance is becoming increasingly popular in the world, the analog CCTV equipment is still installed at the majority of industrial enterprises.

However, as the customer planned the gradual, phased expansion of CCTV, it was necessary to immediately take into account the possibility of the system development and growth. Meantime, the expansion of analog CCTV systems could have been difficult. In this case, the system should have been re-built “from scratch”, and it would eventually be more expensive.

” Experts of ES «DOGRULYK», together with the customer, fluctuated for a long time between the two directions of development of the system: IP or counterpart. Since the decision could not be imposed on them by the supplier, it had to be a conscious decision of the customer. In addition, it was necessary to take into account the prospects of further expansion of the system and the compatibility of the new and already installed equipment. Since we are the official partner of the GEOVISION, the official representative of the company in Turkmenistan supported us in this issue providing their test lab for our disposal “.

The decisive argument in favor of IP-surveillance was that when examining the territory of the enterprise it was revealed that the optical communication had already been laid between objects, where the installation of video cameras was planned. It made possible to avoid unnecessary costs in the core network installation and significantly reduced the price of the project. As a result, it was decided to use the GEOVISION video surveillance equipment. The choice was made not only due to high-quality equipment, but also to the fact that the compatibility of the new and already installed equipment is fundamentally important issue in the expansion of video surveillance systems. Releasing new equipment models to the market, Geovision provides their full compatibility with equipment that the company had produced earlier. This makes it easy to “grow” the security system, and the modernization does not require the dismantling or replacement of already installed equipment.

Installation of CCTV at the plant was implemented in two months. The system included the stationary IP-cameras in thermo casings performing the transmission of a color image with 1080 × 920resolution. The video recording was provided by IP-recorder (Network video recorder) with the recording speed of 25 frames per second, providing the storage of archive for up to 30 days.

The video surveillance system has met all of the expectations and, as a result, the ES «DOGRULYK» received an order for the expansion of the factory’s CCTV system in a year. It is planned to make an installation of video surveillance on all strategically important production sites. This surveillance will be used not only for the protection of the object, but also for control of technological processes associated with increased risk.